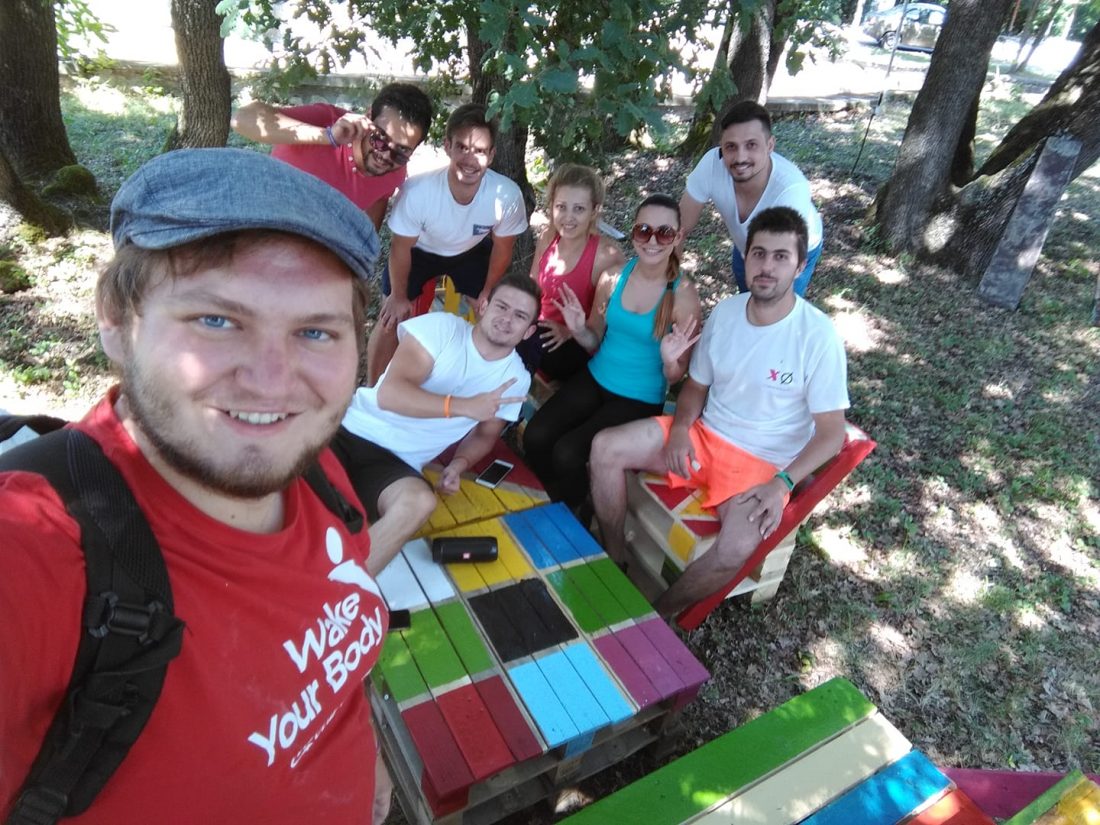 The Spot project experience in the towns of Zlatitsa and Haskovo

It is only working in BG Be Active that I have got acquainted with a concept of placemaking and numerous activities it entails. The idea to revamp decaying areas in neglected remote places around the country is anything but new, yet what I discovered on the place has struck me as an efficacious initiative for bringing about changes and uniting local residents. Our group disembarked from Plovdiv to facilitate the Spot project in the towns of Zlatitsa and Haskovo that despite being naturally attractive and historically important do not enjoy the privileges of big cities.

In Zlatitsa known also as “the town of wells” (“град на чешмите”), our foremost task was to retrofit a well and preclude its further destruction. With a group of other dedicated volunteers composed of local residents, we have cleaned the space from the weeds, litter and other indecomposable garbage to later proceed with constructing a new wooden fence, bins and benches, as well as with painting and decorating the spot with new colors. It was of a particular excitement to observe various groups – from small kids to elderly people – providing their contribution to painting, to constructing new items and purging the spot of the heavy stones without even being asked to join.

Haskovo spot turned out to be a giant artificial lake which used to be a huge landmark of the town but eventually ceased to function because of the financial scarcity and rising needs for its sustaining. With the initial plan being to renovate the whole area, its ultimate revisitation set to revamping a fenced territory of the lake. To this end, we were engaged in cleaning the spot of the leaves and garbage, constructing new colorful benches, designing a playground and erecting an enormous play item of wheel tyres for kids to climb. There has been no day at the spot that I was not asked what we were doing there, and praised for a work conducive for the recreation of community. Apart from just equipping with new manual skills, the Spot project endows you with the most important reward possible – a sense of community when you realize you are a part of something bigger than yourself.